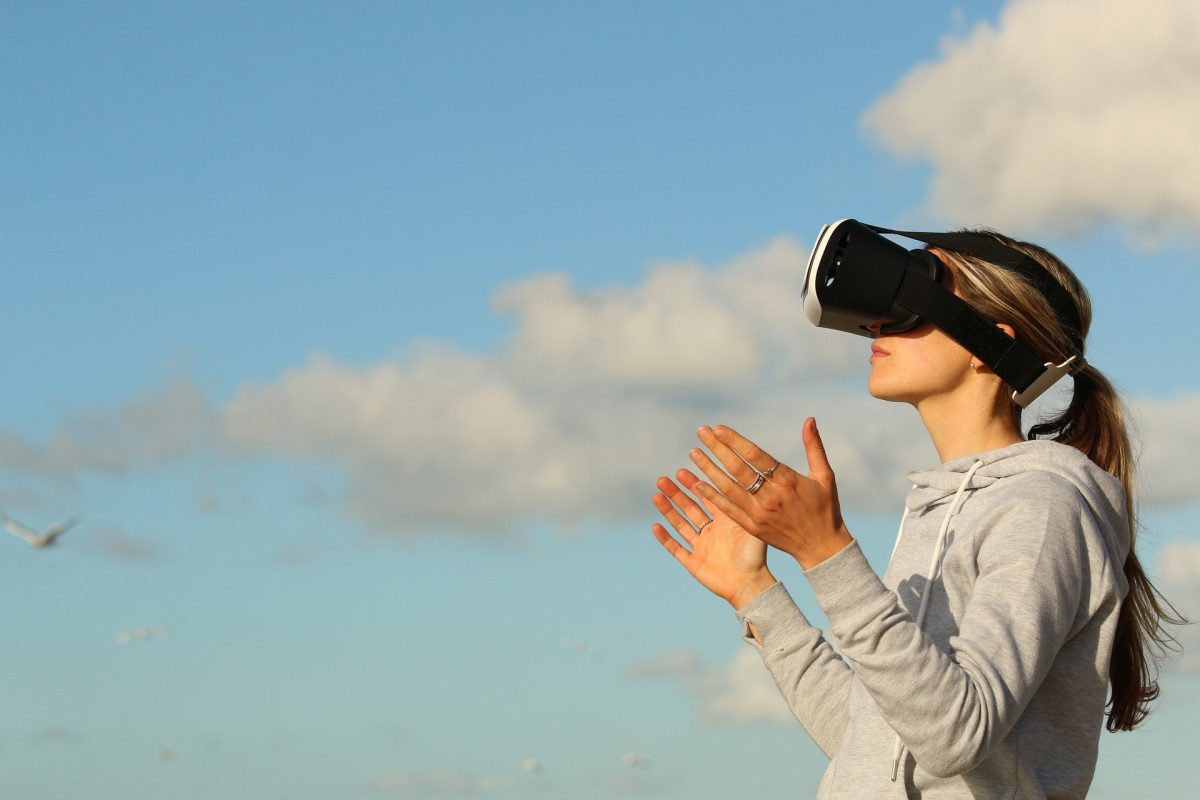 “What’s next?” – Unique technologies and Endare

We have been in the software business for more than 10 years. Throughout the years, we kept looking for ways to push our boundaries. Endare is always working on ''what's next?''. As a result, we have been able to get our hands on many different technologies that were going to push the limits. Here is an anthology of the most unique technologies that we have already explored with Endare.

What is Google Glass?

These AR glasses run on the Android operating system, for which a number of apps have been specifically adapted to the Glass. This ensures a clear display with a customised interface. Besides Google software, third-party apps such as Facebook and Twitter are also available for this headset. You can operate the Augmented Reality glasses via an app on the smartphone or directly on the frame with a touchpad. There is also a button for photo and video recordings. It is even possible to work hands-free with voice commands.

You can use them to make calls, take photos, send messages and navigate, for example. However, the Google glasses were never 'really' released on the market. A prototype was released, but due to the high price tag of 1500 dollars, the technology was never picked up by the general public.

However, the project did not completely fail: the special variant for businesses, the Google Glass Enterprise Edition 2, is now in its second version and is still being produced by Google.

However, consumers were not overly enthusiastic about the glasses. There are various reasons for this. Firstly, many people thought the glasses looked rather strange. In addition, it is quite uncomfortable to say things like "Ok, Glass" in public. There were also concerns about privacy: what happens to all the information collected?

Several clients wanted to use this exciting new technology within their operations. For them, we developed several proof of concepts (POC) that utilised the unique features of Google Glass.

For De Standaard, for example, we worked on a POC in which articles were enhanced when subscribers looked at them through the glasses. In the morning the newspaper is published with breaking news, but in the afternoon there may already be new updates on this news. Through page detection and AR, you were shown relevant videos or updates that further extended the article.

Advisers at BNP Paribas Fortis were instantly shown relevant info about their customers thanks to the Google Glass. In turn, these customers could find useful information via AR when reading a brochure via Google Glass.

Finally, we worked out a POC for Eosol that aimed to improve the production process. Through Google Glass, workers were immediately shown instructions on how to saw profiles correctly or how to assemble everything properly. That way, they saved time where they didn't have to go to their computer to check everything. You can see this in action in the video below.

What is Virtual Reality?

From the Augmented Reality of Google Glass, we move on to Virtual Reality (VR) technology. Whereas with AR you still remain somewhat in the real world with an extra layer, with VR you are completely absorbed in a virtual environment. The system creates everything around the user's environment, which can be displayed in an empty room via head-mounted displays (HMDs) or other devices that give users the feeling that they are physically in the virtual world.

Google Cardboard, one of Google's side projects, was a low-cost VR technology that anyone can build and buy. This budget-friendly VR technology transformed an existing smartphone into a virtual reality device.

With Google's Cardboard VR technology, users were able to experience virtual reality on any smartphone, without the need for expensive hardware. The Cardboard's portability is great and anyone could buy it. It also worked with all phones. The Cardboard didn’t offer additional features such as volume control or flap straps, like other VR headsets. But for only €20, you got the best and most affordable VR headset.

When one of the most prominent names in virtual reality joins forces with one of the largest smartphone manufacturers in the world, you're bound to attract attention. The Gear VR was released by Samsung in late 2014 in two versions: an "Innovator Edition" and a consumer version. It was both innovative and advanced in its design.

Developers still commonly use technologies like these. Especially in the gaming sector, people are using VR technologies. Look at PlayStation VR and their new VR2 coming soon, but also Oculus which continues to innovate.

When there were still talks about the new Eurostadion, we developed a virtual walkthrough based on 3D renderings of the stadium. Through VR, it was possible to explore the stadium and the surrounding neighbourhood.

Our own product EndaVR made it possible to upload your own 3D renders. Via a smartphone, you could then view them in VR.

What are Bluetooth Beacons?

Bluetooth beacons are used to send data to nearby devices. This technology allows devices to perform actions when they are near a beacon-supported device. Google's Eddystone and Apple's iBeacon are Bluetooth beacon platforms.

A Bluetooth beacon can be defined as a device that transmits data packets using Bluetooth wireless technology. These devices transmit data using Bluetooth Low Energy signals or BLE for short.

Bluetooth Low Energy is a wireless, low-power personal area network. Its purpose is to connect devices over a relatively short range. BLE was developed with IoT applications in mind, which has particular design implications. For example, IoT devices are often limited and require long-term battery usage, so BLE favours low power consumption over continuous data transfer. In other words, when not in use, it goes into sleep mode to save energy.

Any Bluetooth-enabled mobile phone can be used to detect and display these devices around us. One of the most useful service beacons is that they can be used for advertising in places such as shopping malls, shops, parks, events and any place where people are present.

It is necessary to have a device compatible with the beacon to use it. Bluetooth beacon transmitters are available in different shapes and factors, such as USB sticks, small button cell devices, Bluetooth 4.0 supported USB dongles, and so on.

Through iBeacons, we were able to develop the "store of the future" for Carrefour. The Bluetooth beacons detected when you passed by certain products, allowing them to push actions to your smartphone. That way, you could, for example, receive messages around promos that were going on at the time. Your smartphone could also get coupons that you could use at the checkout.

BNP Paribas Fortis could use iBeacons to send notifications to people entering the bank. For example, while sitting in the waiting room, you could have the opportunity to download the app.

What are BlackBerry PlayBooks?

The device ran on BlackBerry's TabletOS. As a user, it was essential that you also owned a BlackBerry smartphone. That way, you could get the most out of the tablet, thanks to BlackBerry Bridge. You were able to link your phone and tablet in order to unlock extra features, such as synchronising your calendar, mail and BlackBerry Messenger. However, this data wasn't stored on the PlayBook itself. This is mainly to avoid sensitive business information ending up in the wrong hands. Once your smartphone was no longer near the tablets, all information shared via BlackBerry Bridge disappeared.

Another interesting feature was the fact that you could pair the PlayBook with any tether-friendly smartphone via Bluetooth, thus accessing the Internet via the phone's mobile data connection.
It was a far more powerful product than many of the high-end 7-inch tablets that year. It was certainly a hit with the BlackBerry faithful, and a tempting option for those who preferred an uncompromising web experience to the allure of apps and games.

Google and Apple are the standard for app development. When BlackBerry suddenly released a tablet as well, we wanted to fully support interested customers. We work tailor-made for the customer and if the customer has a demand for software in a specific hardware, we go all the way.

We also released some apps ourselves for BlackBerry's Appworld. With a mind map application and a comic book reader, we had some apps that were quite popular in the US and Canada.

These were just some of the many cool technologies we have worked with over the years. We continue to enthusiastically look forward to the latest gadgets and technologies. That is what makes this sector so fascinating. Which is why we watch with great attention every time Apple or Google hold an event featuring their latest developments. We are already looking forward to see “what’s next?”!

The ripple effect of COVID-19 on machine learning

How old is your app? 5 signs your app needs to be rewritten

Why working remotely is here to stay at Endare