Cross-Platform: Why You (Don’t) Need a Native App
close 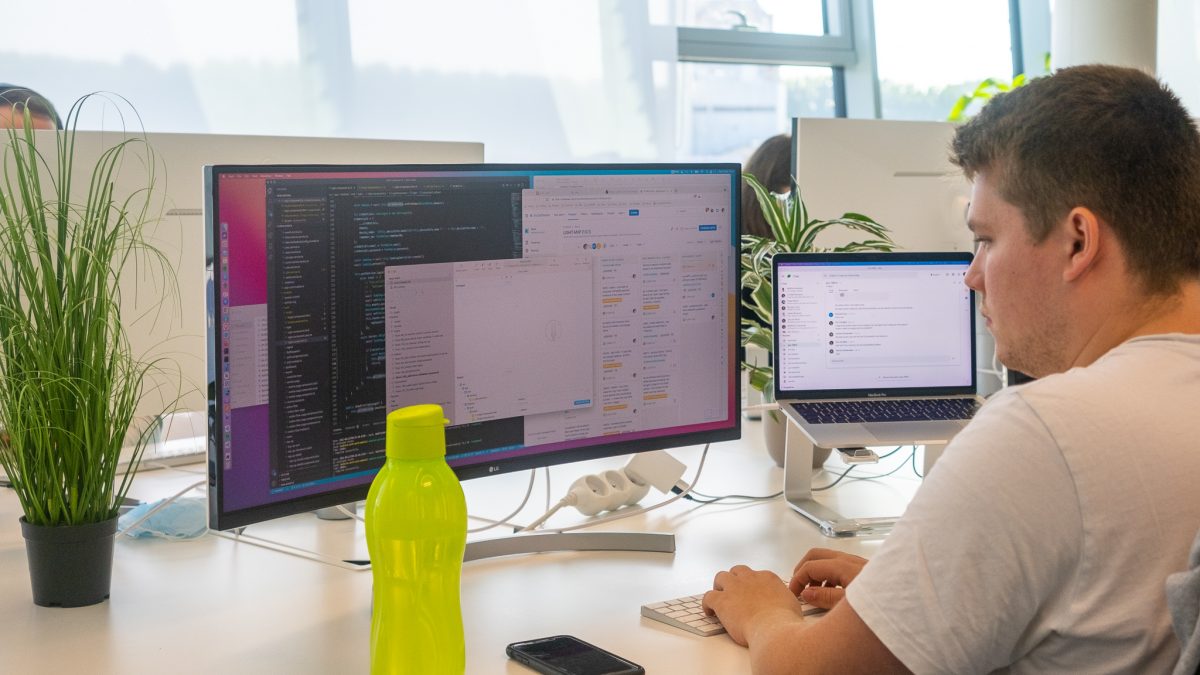 Cross-Platform: Why You (Don’t) Need a Native App

You have a bonkers business idea. You want to optimise the workflow of your company. You want to sell and impress. Sounds like you were thinking of building a mobile application. You get started with some ideas, made a few sketches and interviewed some potential users. One thing was immediately noticeable, no one uses the same device.

There are two very different, yet very similar operating systems (OS) for popular smartphones: Android by Google (71.08% market share as of October 2021) and iOS by Apple (28.23% market share as of October 2021). Both allow you to browse the internet, make calls, take photos and install apps. Yet, writing an app for Android or writing one for iOS requires a very different set of skills and much more time, or does it?

Difficult words, a lot of tech-talk, nerds being nerds. Let's talk pros, cons and differences for you and your users.

At this point everyone know that apps built with cross platform frameworks only ship if you compromise quality. But nobody has measured whether they save time over just half-assing two native apps.

The most basic form of mobile application development, writing a native app. This means you are writing an app for an operating system using a programming language that the OS natively understands. iOS uses Objective-C, or more recently Swift. Android started with Java and is also shifting to the more modern Kotlin language.

It's in the name; cross-platform app development allows you to write one app and run it on multiple platforms (usually Android and iOS, but some are throwing in desktop operating systems as well).

There are quite a few cross-platform solutions around. The most popular frameworks to date are Flutter, Ionic and React Native. Whether your application needs to use one framework over the other is a whole other debate.

Cross-platform does not mean you can only use features that are available on all platforms. Most frameworks integrate very well into the native part of the OS. Want to use Face ID? Sure thing. You'd like to preview some data in a home screen widget? We gotcha!

Benefits for choosing cross-platform over native

Where cross-platform drops the ball

Unless you can not live without that one latest OS-specific feature, or you can save lives with that tiny amount more responsiveness and speed, you can probably benefit from choosing a cross-platform app.

Cross-platform apps have come a long way since the beginning. They are now faster and more stable, whilst also becoming easier to write and maintain. Even without taking the costs into account, cross-platform apps do bring forward a lot of advantages.

Want to learn more about cross-platform apps or do you want to improve your digital workflow by building one? Contact us here.