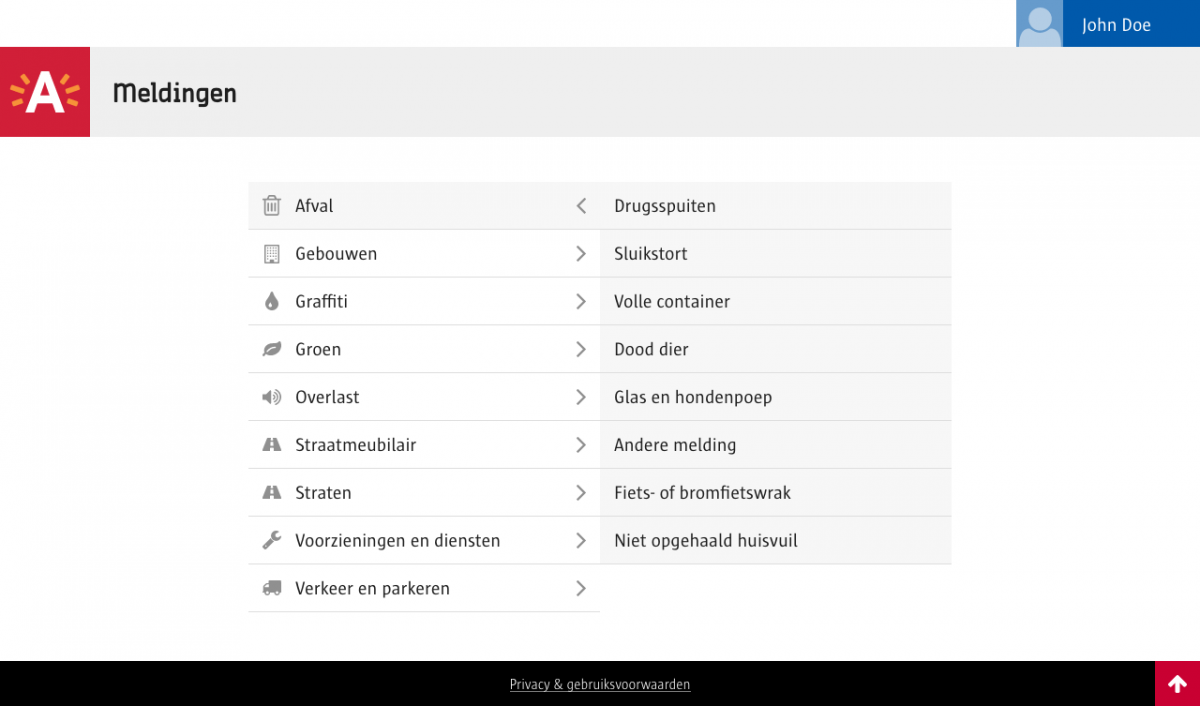 'Algemene Meldingen Applicatie' (in Dutch), is a web application developed for the City of Antwerp in collaboration with Digipolis.

Digipolis Antwerp is the IT partner of the city of Antwerp. They develop software and implement hardware, networks, and telephony infrastructure. Digipolis Antwerp also accompanies social welfare care and the local police. They realize ICT projects and ensure qualitative and stable support of operational applications and infrastructure.

The City of Antwerp wanted to lower the threshold for reporting problems that arise in the city. Consequently, solving them would happen more efficiently and quickly. Optimising their services towards its residents and, as a result, increasing the citizens’ satisfaction was the end goal.

In collaboration with Digipolis, we developed the web application ‘Amap’ that can be used both on desktop and mobile devices. Amap efficiently guides the user through the process of creating a report. In order to accomplish this, the number of steps is limited to the absolute minimum and all information that can be automatically derived will be pre-filled, which improves the user experience. A good example is the location of the report. The location is defined as GIS coordinates and is automatically derived from the submitted photo or the user’s location.

Using Amap, users are more engaged to actually report issues they encounter throughout the city. The application allows citizens to report all kinds of issues they notice such as illegal dumping, graffiti, a broken swing at a playground, ... By involving the citizens and allowing them to directly report issues, the city has more 'eyes and ears' on the street than ever before and is able to organise itself more efficiently. The threshold is lowered and the City of Antwerp can easily act upon each report.

The future of AI in mobile

Back in the day, apps were simple. They were built for a clear purpose. Keep track of your notes, listen to your downloaded music or make photos. Nowadays, there is an upcoming trend of AI in mobile. During the last couple of years, apps have become increasingly complex and much…

For a long time open source had a cheap ring to it. During the last couple of years, that connotation completely changed. Open source is now a great accelerator and enabler of research and development of Artificial Intelligence. The source of open source In the 80s, the Free Software Foundation…

As usual this time of year, Google released its first Beta version of the upcoming Android version 11. There will be a bunch of new features and improvements in the new release, so let us take a look at some of the changes that might be relevant to you, as…