April ’22: Team building, as it’s supposed to be
close 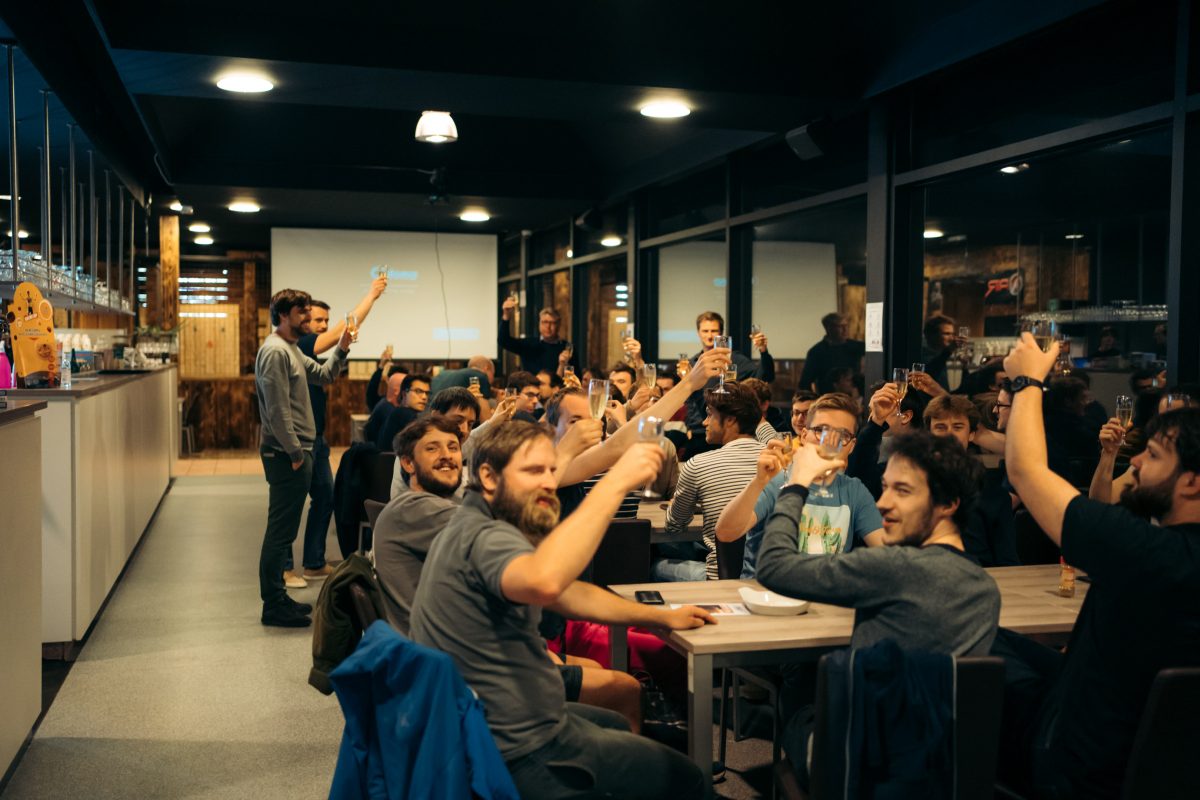 April ’22: Team building, as it’s supposed to be

FINALLY! We can do it again! Since we are trying to forget the C-word as much as possible, we can finally have a proper team building again. Without self-tests, face masks and fear of contamination. A report of a teambuilding we have been looking forward to for far too long!

Some traditions simply cannot be broken. Team building doesn't start until the bosses have had their say at the team meeting. We celebrated our ten-year anniversary generously with a glass of champagne. Ideal to get everyone warmed up for what was to come.

Just when we were being released from our isolation, we thought it would be fun to lock everyone up in (far too) small rooms again. It was time to escape from Prison Island. Teams of 3 competed against each other for the highest score and the right to call themselves Kings of Prison Island. Our physical, tactical and technical capacities were seriously put to the test. In the end only one team could celebrate. The Party Boys were thus aptly awarded first place. Congratulations! The rest of the scores were as follows:

Admittedly, the first activity was a bit more intense than expected. We barely had time to catch our breath or the next activity was already waiting for us. The axe throwing range was ready for us. To stay within the theme, there was not much room for the whole team here either. It was as if we were in a crowded bar again, with sharp axes lying and whizzing everywhere and beer flowing freely. Luckily, there were no… axe-idents! (Ok, I'll let myself out.)

A glance at the scoreboards revealed that we didn’t have the greatest axe-wielding talents in our midst. There was more technique involved than we had expected. Still, it was fun to get rid of all our (hidden) frustrations. The high scores were for Stijn D and Stef B. They kept the honour of Endare high.

Nice to meat you (physically again)!

After the effort, comes the relaxation. As we are quite big Burgundians, we can really enjoy good food, nice drinks and great company. We gathered the entire team and headed for St.-Cornil. Hans had often mentioned this place as being a perfect place to have dinner with the whole team. For a while it was on my list for the Christmas party last year. Due to well known circumstances we were not able to do that then. Now the cards were different and we could finally go.

Hans was not lying. St.-Cornil is (rightly) known for their excellent côte à l'os. My mouth is watering again as I write this. This delicious feast concludes a perfect team building. A team building in which we can finally be together physically again. On to the next one!

Looking back to sprint forward